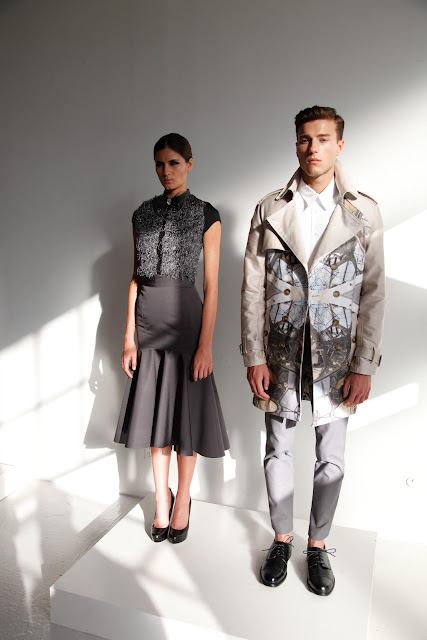 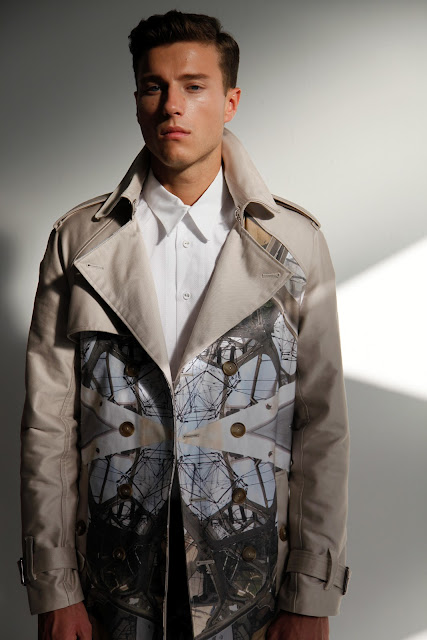 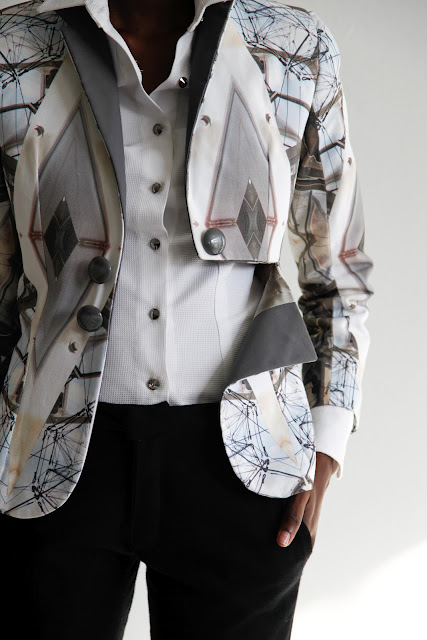 My good friend Jeffrey invited me to a show during Fashion Week to preview the new SP2013 Line from Viktor Luna. While I was expecting a runway show, I was pleasantly surprised to find it to be a presentation where we were able to get up close and personal to the garments and the models were very willing to show of the clothes with stunning poses. The construction of his collection was amazing with pleating and beautifully structured jackets along with a gorgeous print of The Met’s rooftop exhibit titled “Cloud City.” The color palette included smoky gray, rich navy,  and fresh coral rounding out the neutrals of black and white. 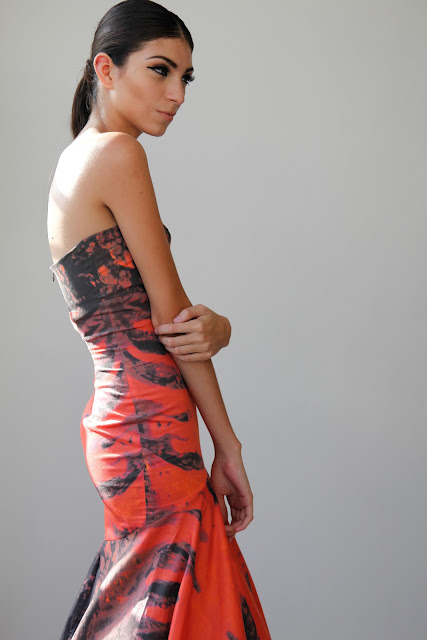 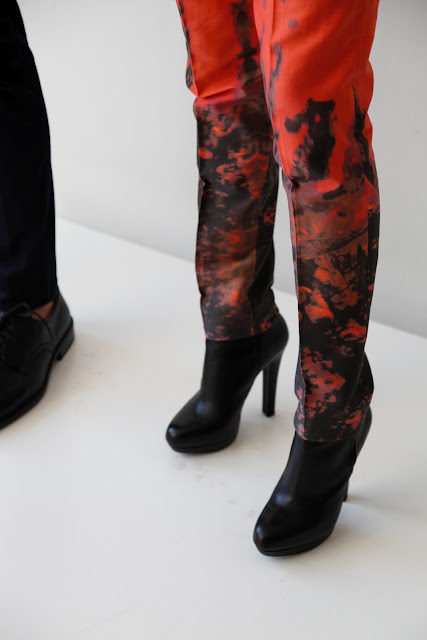 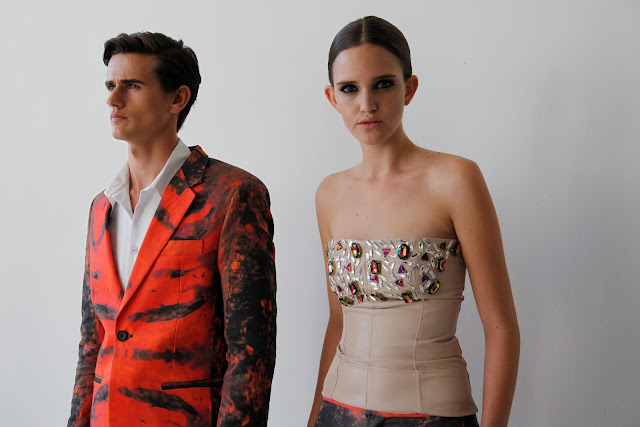 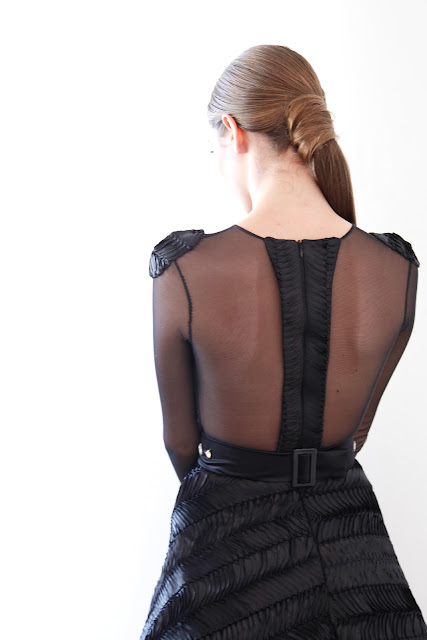 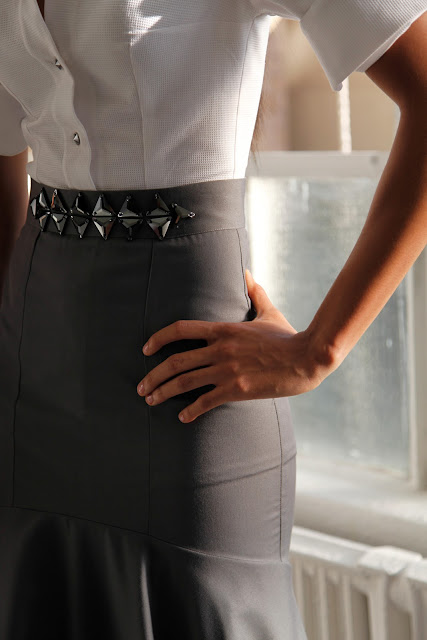 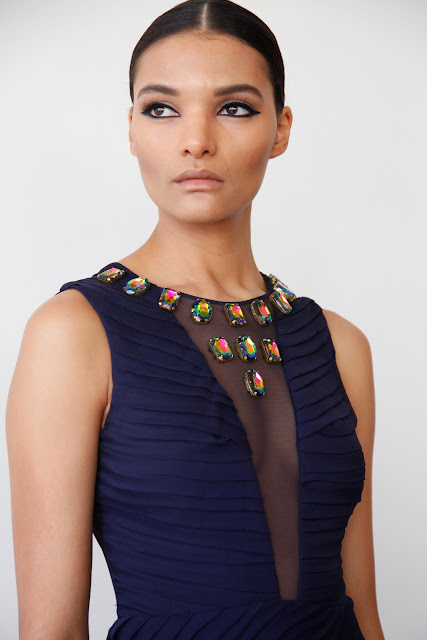 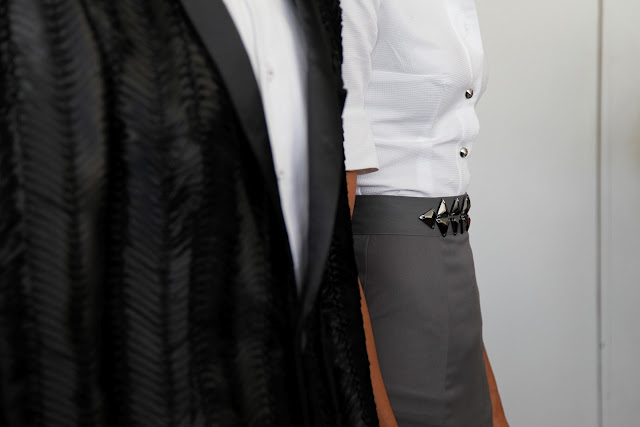 There are more than a few pieces I wanted to add to my own closet. Which one is your favorite?

Posted by michelle at 5:56 PM No comments:


Oh Fashion Week, WHY must you be so fun and only come twice a year? Not sure why I am complaining, it’s comes twice as many times as Christmas. Although if it could be Fashion Week AND Christmas all the time, my head might explode. SO here we go. Day one, for me started with Fashion’s Night Out. Somehow I lost my mind last year and accidentally booked a trip out of town, so I missed it.  So I had to make up for it this year. I planned my excursion so as to get the most bang for my proverbial buck. I knew I wanted to start at Henri Bendel (favorite store in the the city) and maybe pick up some cute little bauble as well as get my hands on a signed print from my favorite fashion illustrator, Izak Zenou. I wanted to purchase an FNO tote from him 2 years ago but just didn’t and I am still kicking myself. I was determined to get something this year. I just adore the Bendel Girls he creates. I see myself in so many of them. From there the plan was to hightail it to Loehmann’s because my other all time favorite New Yorker, Iris Apfel would be there. So, early plans in place, I made later plans to meet up with my friend Jeffrey and just hit some fun spots either in Soho or Meatpacking.
I decided on a fashionable middle part pony since it was a smidge humid and I didn’t want to deal with hair. Smoky eyes and a cobalt blue color block skirt added to the mix and I was off on my platforms. I couldn’t wait to get to Bendel and see all the fun things they were doing. When I got there, I beelined it up to the second floor but then spent 20 minutes trying to figure out where they hid Izak. In the meantime, I sampled one of the Watermelon beverages they were pouring right in the middle of the handbag collections. FNO is such a fun and festive night. Everyone seems to be in a good mood, and helloooo, there are beverages in the handbag! After asking a few of the employees where to find him, I finally made my way to the staircase and there he was. I cannot express enough how much I admire this man’s talent. I want to BE a Bendel Girl. I want to be one of the beautiful city girls he brings to life with his inks and watercolors. I could go on and on, not to mention how envious I am of his talent for goodness sake. UGH to draw like that! Jealous! But I digress. I was now in line and in dire need of one of the prints he was signing and selling, until I saw the price tag. I know it’s a good cause, I know it’s a signed limited edition print, I know it’s FNO but I also know what my budget will and will not allow right now and so I decided unhappily to get out of line and walk around the store some more.  I was disappointed but refused to let it put a damper on the evening.  In the meantime I loitered and tried to shake my shyness and just go talk to him. I am so bad about that. It always feels weird to me to gush over someone. 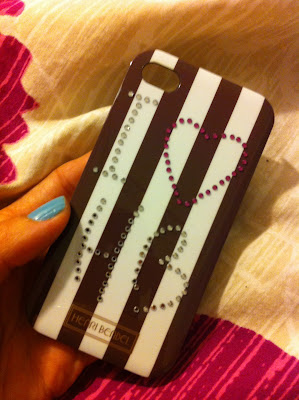 Not quite ready to do that, I went back downstairs and decided after some friendly fire in the cosmetics department, to let a lovely make up artist show me a product that turns powder shadow into liner that then doesn’t rub off. Genius, cause I do that with my shadow now and it totally rubs off. If you can make it stick I will totally buy this! She did a little navy liner and a swipe of blush and told me I had done a lovely job on my makeup already. Thanks goodness I didn’t need a full overhaul! I decided to get the magic potion and in the process got a darling little striped Bendel phone cover that they then proceeded to bedazzle with Swarovski crystals in an I <3 HB on the back. From there I mustered up my sass and got in line to meet Izak. It must have been the bling. Its like my super twin power or something. When I got up to him and told him how I had been too shy to introduce myself two years ago and made myself do it this year, he could not have been more gracious. Thankfully he is as nice and friendly as I imagined. I even gave him my card and told him how I would love to shoot him for Framed&Focused, because you know he was rocking some sweet frames. Artists always have very distinct style. I asked if we could take a photo and he asked his friend to shoot it for us. I was over the moon. Not wanting to take up any more if his time as the line was growing, I thanked him again and told him I would be in touch. I think I floated out of Bendel and all the way to Loehmann’s, even in four inch heels. 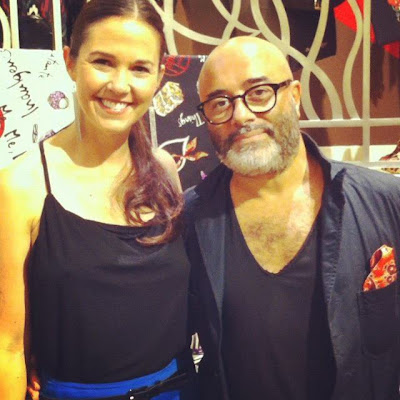 When I go to Loehmann’s (and no I didn’t walk silly, I took a cab, and it was worth every penny too in those heels), the fashion show was still in full effect! Whew, I hadn’t missed Iris. For those of you who don’t know, iris Apfel is, according to Wikipedia, an American businesswoman, interior designer and fashion icon. I will add to that, she is in her nineties, ridiculously stylish and fan-freaking-tastic. I just adore her and aspire to be not only that active but that COOL when I am her age. I almost jumped out of my skin with excitement when I finally saw her in person while waiting in line to meet her. While I never ask for autographs (I think they are sort of ridiculous, what exactly would you ever do with it) I totally got hers, cause that’s what she was doing, signing stuff. I was not going to say, “No thanks Iris.” But don’t think I didn’t give her a F&F card as well. That woman needs to be on my eyewear blog! We took a picture together and Lord help me if I didn’t want to reach over and just squeeze her. 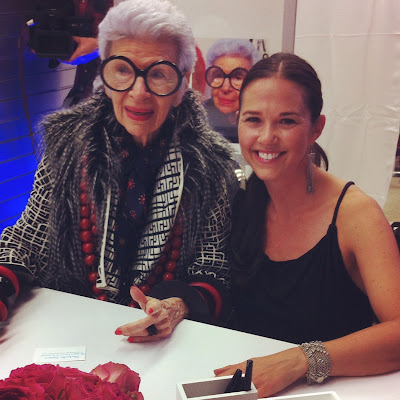 Completely satisfied, grinning from ear to ear and not really wanting to walk much more in my heels I texted Jeffrey to see where he wanted to meet and thankfully he was worn out as well, so we called it a night and I walked the last few blocks back to my apartment with a little skip in my step. Fashion’s Night Out indeed.
Posted by michelle at 12:08 AM No comments: