I was remiss in my wording a few posts back and would like to retract a previous statement. Andy will not be hired as a pack mule for the upcoming race as that brings to mind sweaty, not so fresh smelling and certainly not fleet footed beasts, if you will. No, Andy has been hired as the pitt crew. That has a much nicer ring to it, don't you think? It also redefines his responsibility to the two well honed, high performance machines that he will be working with on October 18th. :) So Andy, my new friend, you are the pitt crew chief. Glad to have you on the team.
Posted by Michelle J at 8:55 PM No comments:

I am finally making some progress toward my fundraising goal. Thank you to all who have donated so far and please keep passing along my info to your family and friends who might be feeling philanthropic. Wanted to share a link with some pics of our honored teammate. He is little Alexander. His nickname is Gubben and he is such a cutie. Thanks to all your support he is doing well and heading back to school. And he is getting to play soccer. Shouldn't all little boys get to play soccer? :) SO thanks you guys, your support means a lot. 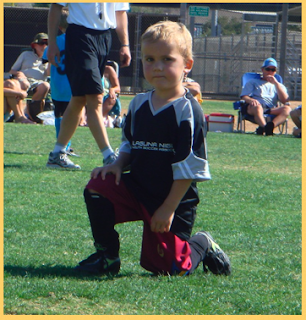 Speaking of tats. Thanks to my running shorts and a 20 mile run, I am sporting a bar code-esque tramp stamp on my low back. Take a look.

Nice right? Yeah that is one tattoo you will never see on this body.
Posted by Michelle J at 12:08 AM No comments:

Ok seriously? How cute is this stuff? I think these two pieces will have to come home with me as souvenirs of my kick butt marathon experience. Love love love them 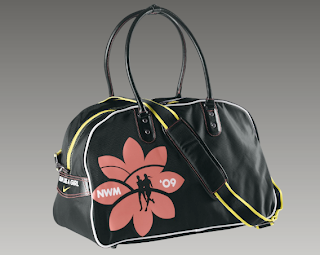 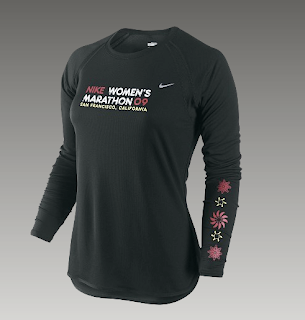 Posted by Michelle J at 8:29 PM No comments:

Steph and I love to take pictures when we are running. Well, I love to take pictures and she always has her iphone so I make her take them. Must document every aspect of this thing. So for our 10 mile run, one of our teammates actually had a crew of shooters out on the course. Steph got some of the pictures and so in honor of our 20 mile run here is our commemorative photo. We had to use all four hands to represent. I hope we looked that happy yesterday. :) 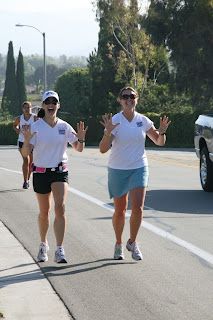 Posted by Michelle J at 8:19 PM No comments:

I am 4 weeks away from lacing up my Asics and heading out to run my first ever marathon. There have been days in the past two years that I thought I would never be able to do this. I am so excited that it is almost here. I know it is going to be hard and I know it is going to be painful and I am more than likely going to cry more than once in those 5 hours. But I am so ready. I am so excited. I have decided to be extra nice to this body over the next 4 weeks. I am going to eat healthy, drink tons of water, take out the processed junk from my eating, do 100 abs a day to keep my core strong and roll and stretch these muscles each and every day. I am going to give it the fuel it needs to do this thing. And I think the week before the race I am going to get my toes painted.....purple with green polka dots. I am quite sure that will make me run faster.
Posted by Michelle J at 8:14 PM No comments:

Big 20 miler tomorrow. This is the farthest we will run before the race. I am excited, nervous, ready, not ready, worried and so pumped it's ridiculous. I really hope it all goes well. But regardless I want to remember to have fun, stay healthy and finish. One foot in front of the other for 20 miles. Let's go team.
Posted by Michelle J at 12:53 AM No comments:

Houston We have a problem

Why is it that the "low" mileage weeks seem to be my nemesis? 18 was really good and then the next week when I think 14 will be a breeze I turn up with a major issue after 10 miles. All the sudden I noticed my foot was swinging out to the side weird and all wonky. Nothing was hurting so it didn't make sense and then soon after that the back inside of my left knee started killing me. It got so bad I ended up having to walk 2 minutes and attempt to run for 2 minutes. It was a brutal 4 miles. I made sure to stretch really good post run but I was really nervous that something was really wrong because it hurt the whole rest of the day. I iced it and took some aleve and started some heavy praying. It's only now I could bring myself to blog without worrying about crying all over the computer. I can't be this close and then get hurt or not be able to see this thing through. The only good thing at first was that it wasn't a constant pain. It only hurt when I did certain things, mostly lifting my leg toward my body. So I tried to take it easy the rest of the weekend. It was pretty tender when I got up on Sunday so I stayed around the house and laid low. I had a 6 mile recovery run scheduled so I decided to ice it again, foam roll it out, stretch and then I would head out for a walk and try to run a little to see how it felt. So off I went. It felt fine walking so I walked it out for about 15 minutes. Then I stopped to stretch and attempt a very slow, very tender footed jog. NO GO. I took maybe 3 strides and it was KILLING me. This is so not good. I had to talk myself down the whole rest of the way.  "It's going to be ok, just give it a couple days rest, You still have time before the race, It doesn't hurt all the time" Oh yeah "JUST WHEN I AM RUNNING!!" Ok so the conversation in my head wasn't all positive. But i just kept reminding myself, or rather trying to convince myself that everything would be ok. Walking was fine and I decided that even if I have to CRAWL across that finish line I would make it. Although I really hope that is not the case. SO back home to more foam rolling, icing, aleve and self therapy. Can I tell you how NOT fun foam rolling is? It's so not fun. I had a chance to talk it out with my friend Jack at dinner so it didn't seem as huge after that. Monday it felt a little better and I continued my prescription of foam rolling, ice, aleve and stretching. I also decided I would be getting new shoes, sending my coach an email for some pointers and scheduling a massage.
I hadn't heard back from my coach so on Tuesday morning I went to the gym and decided to do a little elliptical to see how it felt and try to run on the treadmill. Thankfully the elliptical felt fine, so I can always do that to keep my cardio up. I got on the treadmill and asked my trainer to watch my feet to see if I was doing anything weird.  I started a slow jog and although I could feel it, it wasn't hurting. She said my feet were striking pretty normal so I jogged for couple minutes and then shut it down and did more elliptical. No sense pushing it. I went by the running store in the evening after work and spilled my whole story to the poor sales guy. He was great though and reassured me that I was doing everything I could to help it.  He gave me some insight into what could have happened on Saturday, being possible hydration issue, terrain issues and such. And he got me into some snazzy new Asics. He even took video of me running to make sure my stride was normal and sure enough, it looked like it was fine. Yaaay. Off I went my my new shoes and more positive feelings. Maybe it really is going to be ok. I came home to some good feedback from my coach and I did my nightly ritual and headed to bed.
This morning was the true test. Well no, the true test will be Saturday when I  have to run 20 but today was a good trial. I decided to try to do the 4 miles scheduled in my training with the head space to take it easy and walk if I felt any pain. It is feeling good so I don't want to set it back. I even got up early to foam roll before I took off. So new shoes tied on, off I went. I walked to the corner to warm up and I took off with a slow jog on the dirt path. I watched my feet like hawks, making sure they were striking straight, and low and behold, it wasn't so bad. I could feel it but it wasn't hurting and it wasn't getting worse and it got better as I warmed up. My calves did get pretty tight so I just stopped and stretched them and then kept going. I ended up doing the whole 4 miles with no real pain. I can't tell you how happy I was when I hit stop on the watch. Ok game is back on. I can do this. Praise the Lord for foam rollers, aleve, new shoes and healing.
Posted by Michelle J at 11:44 PM No comments: