Will you ever forget where you were on the morning of September 11, 2001? I won't. I had taken a 6am spin class and was just coming out soaking wet when a girl in the waiting room said a plane hit the building. This caused quite a bit of confusion as the spin gym is literally across the street from John Wayne airport and I thought “surely we would have heard something if a plane hit the building. The music isn’t THAT loud.” I think the look on my face told her I wasn’t quite getting it so she began to explain....”a plane flew into the World Trade Center in New York, the building is coming down.” We ran next door to the women’s gym where we all worked and saw everyone in there locked on the tv’s not moving, mouths agape. And we caught the second building as it began to crumble. I remember hearing audible gasps as we all grappled with what was going on before our eyes. It was horrible, I can’t even describe the feelings that went through me that morning. i remember grabbing my phone and calling my mom crying, glad she was ok but neither of us able to grasp the reality of that morning. I was going through my own personal turmoil being in the middle of a separation from my husband at the time and heading for a divorce but he was the third person’s voice I wanted to hear that morning. i remember going outside on the sidewalk behind the gym and sinking to the floor when he picked up the phone. “What is happening?” is all I could get out. As we all know, the events of that day continued to unfold and thousands of lives were lost in NYC, Pennsylvania and Washington, DC. It was a day that changed America forever. In some ways for the better and in some ways for the worse. Now living in the city of New York, I have an even deeper tie to that day. I have walked past that site countless times and not once have I not thought about what happened that day. I have run though the streets around there on the anniversary and heard the names of those who died being called out on a loudspeaker. I have visited St. Paul’s Chapel across the street from the site and seen how it was a safe haven in the time after the tragedy, having miraculously sustained no damage during the attack. I have walked past countless fire stations around the city and seen the faces of the brave men who died trying to save others. And now, after the 10 year anniversary the Memorial Site is finally open and I have been able to walk that hallowed ground. I have been able to run my fingers across the names of those who died. I have been comforted by the sound of the rushing water as it pours into footprints of the two towers. I am not going to lie, it’s a tough place to visit. I can’t even imagine what it might be like for someone who lost a loved one on that day. I hope it brings them comfort and maybe a little peace to visit but that might be asking a lot. Do you remember where you were? Please never forget. 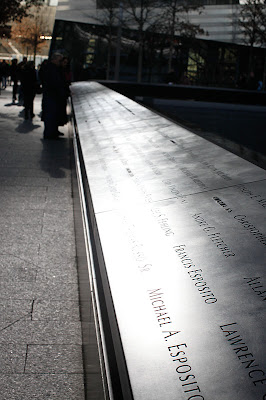 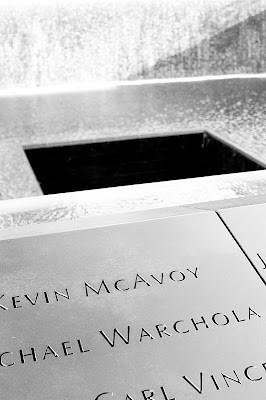 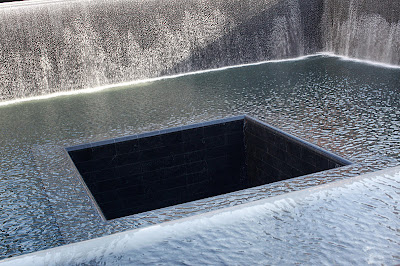 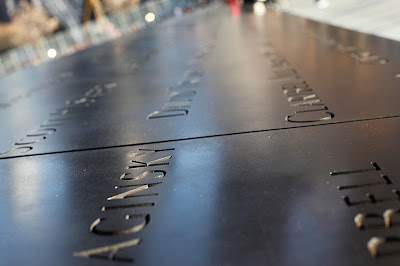 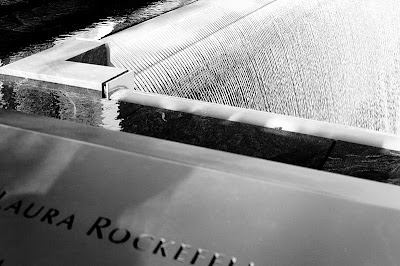 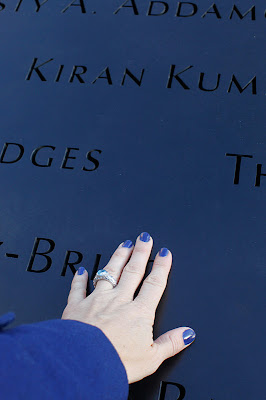 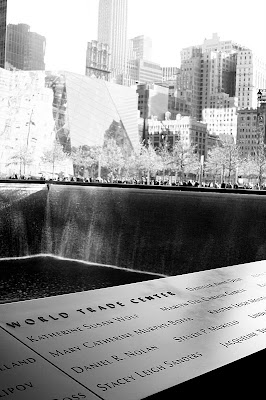 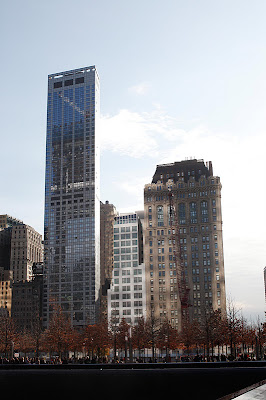 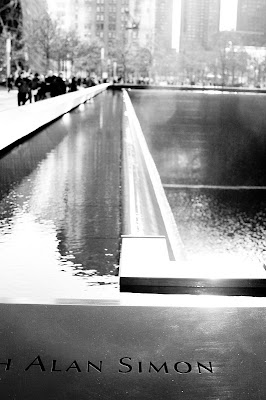 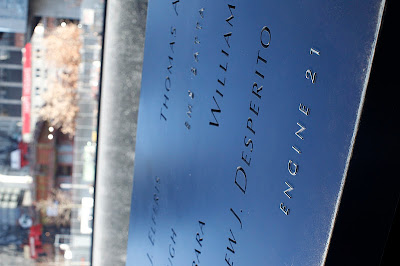 Email ThisBlogThis!Share to TwitterShare to FacebookShare to Pinterest
Labels: Love this city, Out and About in the City

What IS the correct response when someone calls you a bitch for not giving them a quarter? Something inside of me got riled up and made me stop and turn around with an irritated "Excuse me? Do you need a quarter?" Apparently I am actually becoming a full fledged New Yorker. Here's the thing, I am actually quite a regular giver. I feel incredibly blessed and in turn feel compelled to help others when I can. But call me a bitch when I can't and it seems you are dealing with someone I am not all too familiar with. I forget she's in there sometimes and she doesn't take kindly to that. "Yes I need a quarter bitch" "Ok I will give you a quarter", I said (or possibly snapped) as I began to dig in my wallet, that I was quickly realizing I had just emptied of all change before I left my place "How about a thank you", I added as I continued to dig. He then turned away from me and called out to the next passer by "I am poor, give me $3000 for my painting bitch" which I was beginning to realize was really not personal but a normal part of his vernacular. Also realizing he is no longer paying any attention to me and my empty wallet I turned and walked away thinking to myself, "well if you really wanted $3000 in the first place, you should have just asked for that and not a quarter."
Posted by michelle at 4:20 PM No comments:

Email ThisBlogThis!Share to TwitterShare to FacebookShare to Pinterest
Labels: I heard that, Love this city, Out and About in the City
Newer Posts Older Posts Home
Subscribe to: Posts (Atom)